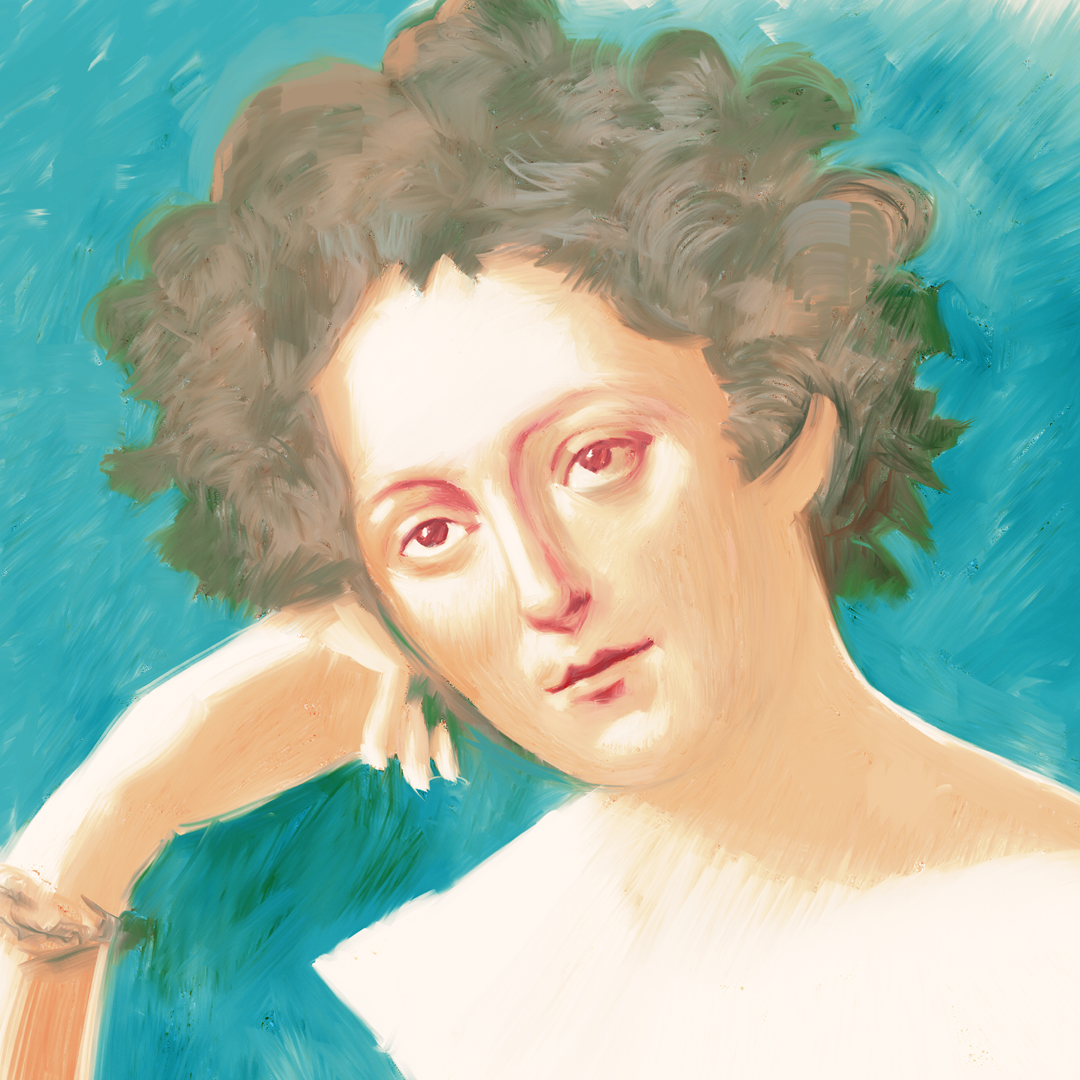 Pianist and composer, born in Warsaw, died in Saint Petersburg. Szymanowska demonstrated musical talent already from a young age – not yet knowing the notes she would improvise on the spinet and clavichord. At the age of eight she began regular music tuition with Antoni Lisowski, and then with Tomasz Gremma. The Wołowski family ran an open house in Warsaw. Its guests included, among others, Józef Elsner, Karol Kurpiński and Franciszek Lessel. In 1810, Maria Wołowska undertook her first trip abroad to Paris. Luigi Cherubini, director of the Paris Conservatoire, was so taken by her talent that he dedicated his Fantasy to the young pianist. Upon returning to Poland, Maria Wołowska married Józef Szymanowski and took up residency outside Warsaw. In 1811 they gave birth to twins – Romauld and Helena, followed a year later by a daughter, Cecylia (future wife of Adam Mickiewicz). The marriage did not last, however – in 1820 Maria Szymanowska separated from her husband and dedicated herself to a career as a virtuoso.

At the start of 1822, Szymanowska commenced a near year-and-a-half tour of Russia. She performed at artistic salons and concert halls in St. Petersburg and Moscow. The famous Johann Nepomuk Hummel was in attendance for one of her concerts, while another was graced by Tsar Alexander (who bestowed upon her the title of ‘First Pianist of their Highnesses the Tsarinas Elizabeth Alexandrovna and Maria Fiedorovna’). Beyond St. Petersburg and Moscow, Szymanowska also gave concerts in Kijów (with Karol Lipiński, among others), Tulczyn, Żytomierz, Dubnin, Krzemieniec and Lwów. Midway through 1823 she commenced a tour through Western Europe. She performed in Carlsbad (modern day Karlove Vary), Marienbad (modern day Marianske Lazne), Dresden, Leipzig, Weimar, Paris, London and other European cities. She met Johann Wolfgang Goethe and Václav Jan Tomášek, both of whom she befriended, as well as Felix Mendellssohn-Bartholdy, Gioachino Rossini, Johann Baptist Cramer, Pierre Baillot, and in Italy – Michał Kleofas Ogiński.

Together with her family, Szymanowska decided on moving to Russia in 1827. Four years later she became a victim of the cholera epidemic raging in St. Petersburg. The pianist’s premature death stopped short the continuation of an interesting oeuvre of works and a highly complimented performing career.

Maria Szymanowska had at her disposal a widely varied repertoire of works. She performed music by J.S. Bach, C.P.E. Bach, Mozart, Weber, Hummel, John Field, August Alexander Klengel, Beethoven and Chopin, as well as her own works. Szymanowska’s compositional output numbers close to a hundred compositions. Of greatest significance are the piano works: mazurkas, polonaises, waltzes, nocturnes and etudes.