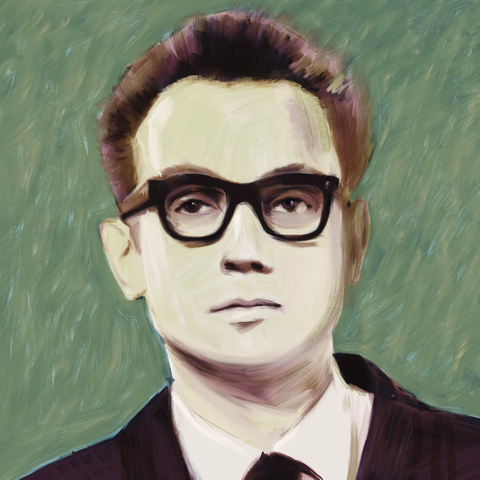 Composer and pianist, born in Lwów (now Lviv in Ukraine), died in Katowice. He studied piano playing and composition with Bolesław Woytowicz at the High School of Music in Katowice, graduating with the highest honours in 1955. In 1955-58 he was Woytowicz’s assistant at the State High School of Music in Cracow. In 1957 he participated in the Summer Courses for New Music in Darmstadt. In 1959-60 he held a scholarship from the French government to study with Nadia Boulanger.

In 1977, he was a founding member of the Karol Szymanowski Society in Zakopane. For many years he was also the chairman of the Katowice branch of the Polish Composers’ Union, serving as vice-chairman of the entire organisation in 1979-81. He also sat on the Repertoire Committee of the Warsaw Autumn Festival.

From 1998, he was an honorary citizen of the City of Rzeszów, followed by Katowice and Wodzisław Śląski in 2006. He was granted honorary doctorates from the Opole University (1998) and Silesian University in Katowice (2012).

In 1991, he also received the State Cinema Committee Award, followed by the Tarnów Film Award for lifetime achievement and contribution to Polish film in 2010.

Wojciech Kilar held the Knight’s Cross (1976) and Commander’s Cross with Star (2002) of the Order of Polonia Restituta, as well as the Order of the White Eagle, awarded by President Bronisław Komorowski “in honour of the highest merits for Polish culture and outstanding achievements in artistic work” (2012). Two film were made about the composer: Krzysztof Zanussi’s Wojciech Kilar (1991) and Violetta Rotter-Kozera and Zdzisław Sowiński’s Wojciech Kilar. Credo (2013).